Fika and a Fokker

Around 2:00 on most days you will notice that the Swedish people start to get a little nervous looking and jittery. This is because they all partake in something they call “fika”, or in my world, coffee break. I think the traditional coffee break in America is going by the wayside, but here everyone very much looks forward to dropping into a cafe and grabbing some coffee and a piece of cake. During our travels on Saturday we noticed that Roland was getting a little wild eyed at around 4:00 and we realized we had skipped his fika and he must be suffering from withdrawals. We did stop at a rather unusual location for fika, but it accomplished two goals. Coffee and Sam intervention. Take a look. 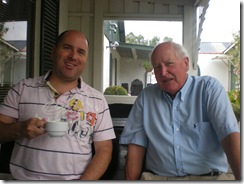 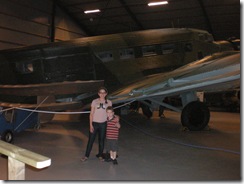 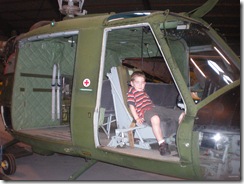 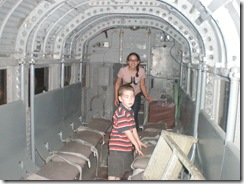 Out in the middle of pretty much nowhere was a car and plane museum. Normally people weren’t allowed inside any of the aircraft, but the Swedes are a very accommodating lot and let the kids in a couple of the exhibits. Jen even found a model of car that once belonged to her father. 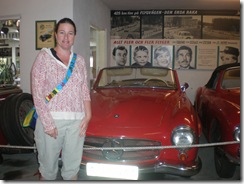 We had a pretty good time wandering around looking at old cars and planes. It’s amazing how some of these items found their way to the Swedish countryside. 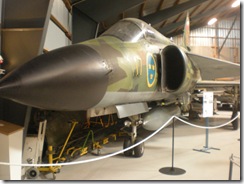 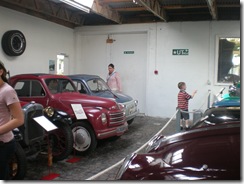