We have an entire day under our belts here in Holland. We basically relaxed, got the hang of things, and unpacked yesterday. The kids are excited to have two cats and a chicken to look after. Weird kids. We did make one of those mistakes yesterday. The kind of mistake you make when you are unfamiliar with the doors and locks of the place you are staying? Yeah, we locked ourselves out. I kicked into MacGyver mode, the kids could care less and Jen thought we should just ask the neighbors for the key…pssshhh…that’s too easy. Here’s the scenario. Keys are on the counter, there is an abundance of sticks, and there is also a cat door. If you are operating the stick you can’t see the keys, so it is now a team exercise. It took about 15 minutes and a near argument between me and Jen, but I fished them out and we moved on. Pretty fun though. There were actually some exclamations and hugs when the keys came through the cat door.

Here are only a couple of pictures from the house. We plan on doing much more exploring today as we get our bearings. 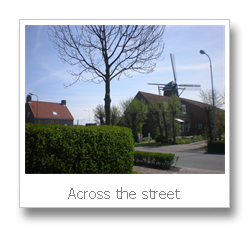 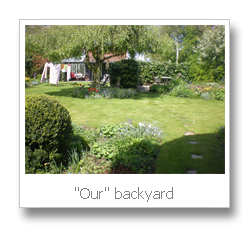