Just as I was all set to lash out at the service industry here, some lady goes and ruins it for me. I had run across enough instances of bad service that damn it, I was gonna tell them about it. Then I run into, let’s call her Lisa. Why? Because I have no idea what her name was and it’s short and easy to type.

Yesterday we made a mistake. We took Sam to a nearby play area that we had heard about 20 times, but for whatever reason we never made it over there. This place is a giant warehouse type building with the super deluxe McDonalds playland sets in it and a bunch of tables for the parents to hang out. They had a counter to serve food, ice cream, candy, soda, you name it. Think of a super clean, well run, well lit, not crowded Chuck E. Cheese, then make it even a little nicer in your head. Here we come to the mistake part. Sam had a blast. We should have tried this much earlier than only a few days prior to leaving. It’s not the type of place you want to rely on to entertain your kids all the time, but a great place to go when you just can’t climb the rocks in the backyard that day.

Here are some pictures and then I’ll tell the Lisa story. 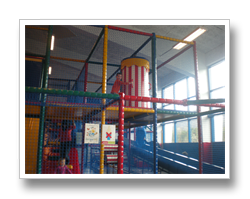 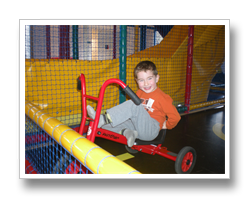 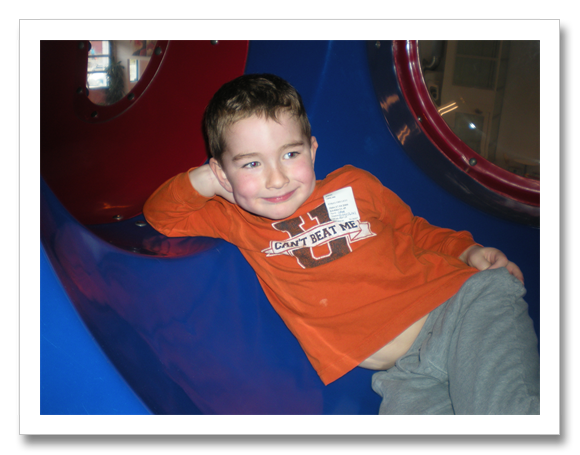 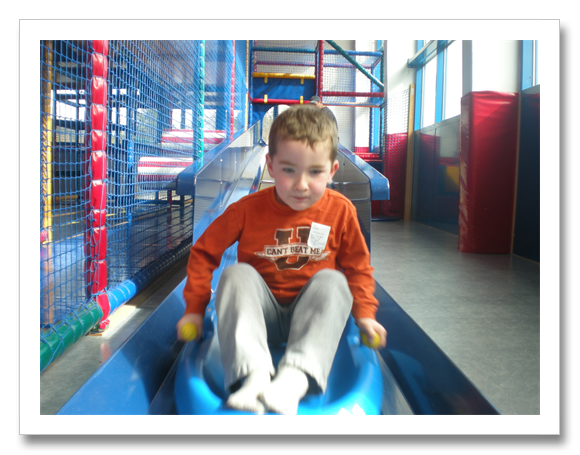 Now, this is where Lisa comes in. We’ve never had ANY issue using our ATM card or credit cards wherever we’ve been, even with the shady London tour company. Today none of our cards worked. We had ordered some food from Lisa and just received it when this happened. No big deal for her, she tells us to go ahead and eat, figure out the money later. I end up going to the ATM where the card works just fine, return and pay Lisa. The kicker to this whole story is that Lisa doesn’t speak a word of English. Maybe we have it backwards…maybe that’s the trick. That way both sides have to work a little harder at communicating.